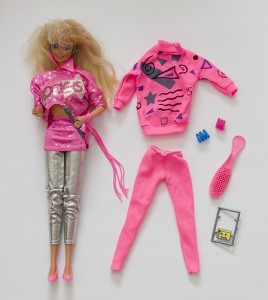 I am pro-Barbie. I know some women view the brand with hostility but here are three things I learned from playing with Barbie.

1. A woman can be single and happy.
2. A woman is not defined by child-bearing.
3. A woman can choose non-traditional careers.

I understand the arguments that opponents have about Barbie’s proportions but I will address that in another post. My mom, who gave me Barbie, was a working mom. Her mother, my grandmother raised me because of her absence. In other words, I was raised by a widow. In a way, grandma was Barbie. So was my mom. How so? 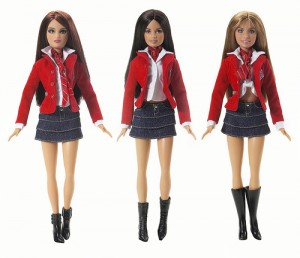 Unfortunately, I didn’t get to meet my lovable Grandpa because he died before I was born. He was never just a Ken, a Barbie’s accessory. Grandma told me about movie dates that she and her husband would have together even though they ran a business together and raised six kids. 6 children! My dad worked as a chemist and when my grandma went traveling, he played Mr. Mom while my mom worked most holiday vacations at the dairy lab. Mom worke a hard hat to work and a labcoat.

Sometimes women are single by choice. Other times women become single again because of a spouse’s death. My mom is single again because my dad died. I want her to follow my grandma’s example of a vibrant widowhood. For 30 years, grandma was active in the church choir. She had outings with her girlfriends every weekend. She went to parties. She gambled at Reno. The took in shows at Vegas. Though she loved her late husband, I only saw her stay home and cry one day per year on the anniversary of his death. 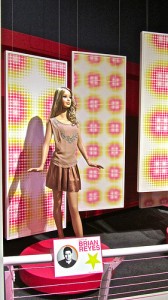 I mention Barbie again because I picture the symbol as a feminine but determined single woman. She earns her own money. She is kind to girlfriends and pets. She enjoys dates with men. She works out. She hosts parties. She has imagination. Sometimes she is an executive. Other times she is a fairy or mermaid–so I’ve heard.

The real women in my life influenced me more than this toy but I acted out my dreams and life goals with Barbie. I graduated with an MBA, I work as a social media manager and copywriter for home lighting design and I am happy with just a cat as my daughter. I work while my husband finishes his graduate program. He earns a stipend from his internship and he bought me Ghoulia Yelps from Mattel. I like her but she is no Barbie. Then this week he brought home Barbie’s Pet Vet from the I Can Be series. In this version she has a paper cat in each pocket. She holds a clipboard and a 3D maltese. You know I like her.

I wouldn’t promote Barbie as a role model for all girls. However, I thought of her as a positive toy for me. It gladdened my heart that my recent Aveda Salon hairdresser, Sunni, got a Barbie silhoutte tattoo on her forearm. Sunni is at least 10 years my junior. She said, “I never grew up with Barbie. My mom liked Barbie. Barbie is a symbol in the fashion industry. I like her because she represents a strong, independent woman.”