I had a crush on Ricardo Montalban because of his role in movies with Esther Williams, the swimming actress. My first husband laughed hysterically because he only knew Ricardo Montalban from the Wrath of Khan from Star Trek. Nik thought of brain worms and supervillians, I still think of Ricardo Montalban in his matador outfits. I also watched a more mature Ricardo Montalban on Fantasy Island in the 1980s. In my teens, he did the voice of a cartoon villian in Freakazoid.

Why do I know about classic actors? My mom was a big fan of musicals. This means when mom wasn’t at the dairy lab, she’d invite me to sit with her to watch musicals for hours on end. Danny Kaye, Gene Kelly, Esther Williams and Rita Moreno were a few of her favorites. Before most of my peers watched Albert Finney play Daddy Warbucks in Annie, I knew him as the bawdy Tom Jones. Speaking of Annie, if you watch Mad Hot Ballroom, you’ll see Anne Reinking as one of the dance judges.

I nearly fainted with excitement when I worked for a public affairs magazine, in my 20s, in San Francisco and Rita Moreno walked in as a guest speaker. How many times have I sung, Anita’s song of caution from West Side Story?

I became a fan of Mahalia Jackson when I watched Imitation of Life. Her voice was so powerful and the song she sang was so mournful. I will never forget it. I admired Cyd Charisee in her dance numbers with Gene Kelly while I also also kept up with Bell Biv Devo and Color Me Badd while in junior high.

How did musicals affect me? I expected actors to be able to be well-rounded entertainers who could sing, dance and act well.

As a teen my favorite movies were Dirty Dancing and Ferris Bueller’s Day Off both featuring Actress Jennifer Grey. I also enjoyed Jennifer Grey in the goofy Cinderella story, If the Shoe Fits.

I’ve been fascinated with Jane Krakowski ever since her role in the movie Dance with Me with Vanessa Williams. Jane Krakowski is better known as 30 Rock’s Jenna.

Cheryl Gates McFadden was a dance choreographer for the famous ballroom scene between David Bowie and Jennifer Connelly in Labyrinth. I watch Ms. McFadden as Dr. Beverly Crusher in Star Trek episodes hoping she’ll break out in dance.

Do you notice a pattern? I tend to become a fan of an actor or actress if he sings or she dances in a movie. I liked Reese Witherspoon even more when she played June in Walk the Line with Joaquin Phoenix. Some people are shocked that I also like watching Malcolm McDowell for the same reason. 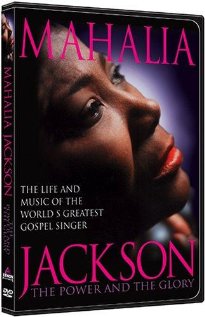 In 2012, I go to the movies to watch Christian Bale because he was in Newsies. I also watch Joseph Gordon Levitt for his dancing. Contact me to tell me some of your entertainment influences.