Did you try a few of the thoughtstarter questions from Ms. Okins list lately as small talk with film actors lately?

Not yet? Well, here are 7 more questions that actors are happy to answer and wish people would ask more often. We promised our readers a follow up to our digital shorts campaign, right? Comment below on the results of your DIY summer filmmaking.

Many thanks to SmartyGirl Tabora Constantennia for her phone interview with Actor Alex Hager, a co-star in “Heart Wants”. 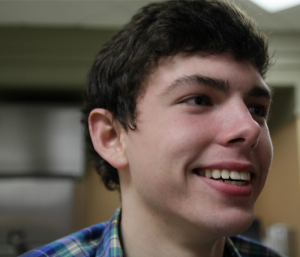 1 What got you started into acting?

From the ages from 9 to the present at 18 Alex was involved with a computer company. One

of his chief responsibilities was to marketing, which he accomplished by web design, and web

based commercials distributed by social media outlets such as YouTube. Alex enjoyed producing

and acting in these commercials so much he decided to pursue them outside of his company.

Less than a month before we spoke, Alex had signed on to a talent agency, and was looking

forward to the new opportunities that would offer him.

2 What kinds of work have you done?

Alex focuses his activities to acting and modeling. He still creates and performs commercials for

his company, but he has also appeared in promotionals, commercials, and even a short film for

other companies as well.

3 What is your favorite assignment so far?

One of his first assignments was a promotional for Macys. His job was to dance to the music,

have fun, and hand out promotional items to people as they passed him and his colleagues.

He had a sense of feeling bad that he was being paid to party and have a blast, but definitely

NOT bad enough to reject the paycheck. That experience help encourage him to seek out more

4 What assignments do you enjoy most?

Alex has an amiable and upbeat personality, and enjoys doing and working in situations that

But like most actors, he has no intention of limiting himself. Playing personas that extremely

different from his personality and/or that entail intriguing complexities fascinates him,

and presents areas of growth that he is ready to tackle. He would particularly enjoy a role

presented, and give him the opportunities of acting out large varieties of emotions and

responses. But of course, he would not snub any role if the only emotions and responses the

plot afforded were hurtling through the air, or narrowly dodging the bullets and/or fists of a

high action movie with special effects. In fact, to him “that would be SO COOL!”

5 What are your current short term goals for your acting/model stint?

At 18 Alex has deliberately delayed attending college. Knowing that both endeavors require

a lot of time and hard work he has decided to give his attention to acting and model, and

concentrate on developing his skill in this area. He sees his youth, energy, as well as a lack

now. College is something he believes can be done at any time, but he may not get such a great

opportunity to act or model again.

Alex has two that readily come to mind.

1) Tell me about your first acting/modeling experience?

Remembering his own experiences, he is sure that would bring interesting insights, if not

humorous anecdotes to the conversation.

2) What was your most difficult experience?

Most people love explaining how they conquered the wiles of life with success. For Alex,

that came in the form of a commercial he did as part of his original company. He had to

complete the commercial within a very short time period. But the day of the performance,

it was VERY hot, and the facility has no air conditioning. Fortunately he and the equipment

7 What is your ultimate goal for this acting/modeling season of your life?

improving himself with each assignment. But he see an excellent opportunity to maximize his

positive amiableness would be in the role of a game show host, where he could foster humor

and spirited interaction among celebrities and/or the ordinary participants. He did not specify

which game show, or what type. But we agreed that should quidditch, the broom flying strategy

game made popular by the Harry Potter franchise, should ever appear in a televised game show

format, we would both anxiously look forward to having him audition for the presenter spot. 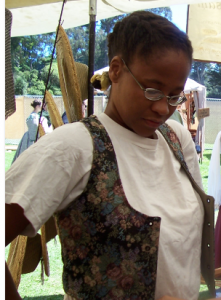 SmartyGirl Tabora Constantennia is a podcaster for “T is for Tabby” in Northern California and graduate from Massachusetts Institute of Technology (MIT). Her killer homemade green tea ice cream sweetened with honey is a staff favorite at SGL Media. If you liked her summer reporting here and for last summer’s MakerFaire, then visit us again.