They say that, professionally speaking, it is difficult to review an artist of whom you are a fan. It compromises your objectivity and makes you an unreliable source of authority. Well, in the spirit of full disclosure, I am a fan of both of the main components of this band, Corin Tucker and Peter Buck. Sleater-Kinney’s “I Wanna Be Your Joey Ramone” is one of my classic ‘gotta get my energy out and bounce around for a few minutes’ songs. Their “#1 Must Have” (“Will there always be concerts where women are raped/Watch me make up my mind instead of my face..”)  is as much a call to arms now as it was when that song and “London Calling” came into my life. And I have had a downright emotional connection with R.E.M.’s “Out of Time” and “Automatic for the People” since I was a pre-teen.

Angels..is a cross between a dirge and a lullaby, attempting a lyrical
snapshot of what it might be like for a young child…

Fortunately, this Filthy Friends album is enough of a departure that I can be relied upon to give an objective opinion. For one thing, Corin Tucker’s whoops and hollers that graced songs like “The Fox” are much more understated. “Angels”, a song protesting the abysmal conditions in which those newly arrived in our country are currently being kept, is a cross between a dirge and a lullaby, attempting a lyrical snapshot of what it might be like for a young child, “torn apart by fools” from their families in their attempt to make a better life here in the States.

Even though she is singing in a much more subdued style than standard Sleater-Kinney fare, the fact that she consistently refers to those torn from their families as victims of fate shows that her instincts as a songwriter to identify with the underdog have not changed. In the song “Emerald Valley” she paints a picture of migrants, pointedly calling them “wishers, dreamers, every one”,  who are “coming in trucks and coming in cars” to do “backbreaking work for little pay”, then being “forced to leave”, the fruit and vegetables rotting as a result.

Now let’s examine Filthy Friends Peter Buck’s contribution to the efforts.  I came of age in the 90’s, so of course ‘Out of Time’ and ‘Automatic for the People’ is practically in my DNA. Now, I always associate him with a very chime-y Rickenbacker sound. The best examples of this are ‘Near Wild Heaven’ and ‘What’s the Frequency, Kenneth?’. Here, though, the guitar on ‘November Man’ sounds almost in pain. Muddy distortion and slide work make the instrument sound like it’s been dragged through the mud and had shards of broken glass forced into its circuitry, making it squeal. It’s also worth noting that the aforementioned song is a portrait of someone with ‘golden hair’ who sips ‘white Russians and Moscow Mules’ without a care in the world.

..the guitar on ‘November Man’ sounds almost in pain. Muddy
distortion and slide work make the instrument sound like it’s been dragged through the mud and had shards of broken glass forced into its circuitry, making it squeal…

I understand that there are those who are uncomfortable with the idea of an explicitly political artistic effort, wishing that our singers, songwriters, and entertainers just “shut up and sing”. However, I for one am glad to imagine that they, like Woody Guthrie before them, had “This Instrument Kills Fascists” adorning their instruments in electrical tape.

Kai is what would happen if we got to see Riff Randell grow up to become Miss McGonagall. During the week, she helps teach a great group of first and third graders. But in her free time, she can be found haunting bookstores, comic shops and record stores. Follow Kai on Twitter @stratktten 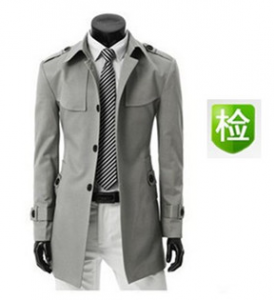 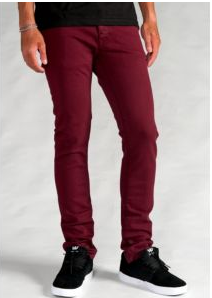 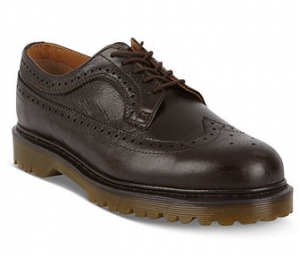