I served this dessert during brunch on Sunday morning to guests.

This brunch dessert seems to go well following a meal of savory breakfast burritos with oregano and cumin. My guess is that the cinnamon in the strawberry croissant bread pudding is a complementary spice. 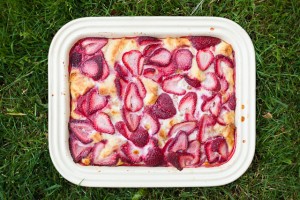 I used Giada de Laurentiis’s Strawberry Strata recipe and modified it so that the texture would be more like my Chocolate Croissant Bread Pudding.

Serves 12 at $3 per person
I purchased the ingredients at Ralphs so it wasn’t as cheap as it could have been if I shopped at Costco.  I was reluctant to make the long drive to Van Nuys Costco during this crazy traffic holiday weekend.

Steps
1. Take the fresh croissants. Place a few on a cutting board and cut the bread into crouton-sized cubes. It doesn’t have to be truly uniform. Cubes 1″ are easier to drench with the custard batter. Repeat for all 13 croissants. Set aside.
2. Put all the cheese in a mixing bowl. Stir the eggs into the cheese mixture with a wooden spoon, one at a time. This will help the cheese mixture accept the eggs and form a uniform batter. Add cinnamon, honey and granulated sugar.
3. Loosen the batter with the heavy cream.
4. Use butter spray on two rectangular sheet cake trays with 3″ depth. Place each oven-safe tray into a larger rectangular pan with a 2″ depth. Fill the inner tray with a layer of bread cubes. Pour half the custard batter in both bread lined trays.
5. Thaw the frozen strawberries slightly in the microwave. Sprinkle the strawberries over both the batter trays. Do not stir if you want to avoid a pink batter! Push the strawberries into the batter wherever they land. 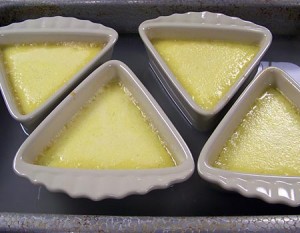 6. Surround both inner basins with a water bath. Just before you place the trays into the oven, fill the outer tray with clean, cold water. This will help the custard set but stay soft during baking.

Please be careful when removing the tray from the oven with the full water bath. It can splash! I suggest you wear closed toe shoes just in case it spills onto your feet.

Note: If you try to reduce sugar and fat from this recipe it will change the texture of the custard. It may not set. You may be asking, where is the bargain? You can substitute any kind of fruit or bread that you find on sale! For example, you can buy challah you can buy a loaf for less than $4 or fresh stone fruit when it is in season. 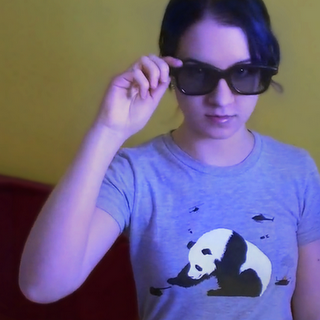 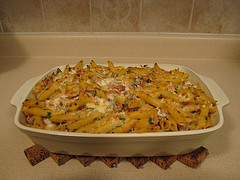 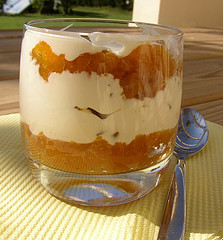 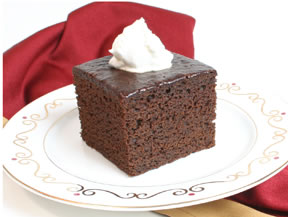 What do Cary Grant and Benjamin Cottrell have in common? A sense of style. I know. I know. Cary Grant had a stylist. I don’t know if Benjamin Cottrell hires a professional interior designer to decorate his 900 square foot apartment. Have you seen it? Apartment Therapy took a house tour of Cottrell’s bachelor pad and I felt jealous. Benjamin Cottrell and Cary Grant come to mind because this week at work I studied men’s decor, specifically DIY bachelor pads. The Chicago Tribune says that men fail miserably at decorating with adequate lighting for their apartment but that’s for another blog post. 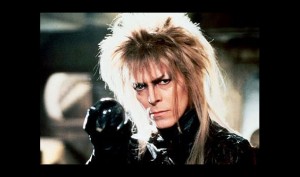 Back to mod, glam and masculine! First of all, I love unisex living spaces. Second, of all, mod glam masculine decor really impresses me! Why? Because it’s incredibly hard to do. And when I was a teen, I wanted to be whisked away by David Bowie as the Goblin King. Maybe it is similar to the current teen obsession with sparkling vampires and tanned, shirtless werewolves.

David Bowie played King Jareth in the movie Labyrinth. Instead of kidnapping a baby boy and enticing a young woman to be his queen, the Goblin King should have kidnapped an interior design team. I liked his wardrobe but he lived among cobwebs, crumbling M.C. Escher buildings and oubliettes! Not really a place to entertain humans.

Chicken has been nearly $7 per pound for the past three weeks at Ralphs. I’m guessing that my neighbors in Santa Monica must make a run for the eggs when this happens. When the price of meat is high, I’ve noticed that the grocery chain’s egg case looks like it has been attacked by poultry zombies. Cartons are scrunched and eggs are cracked. 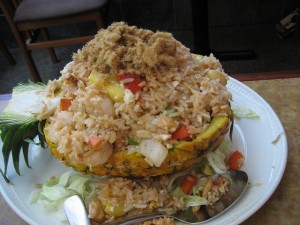 So I am relying on canned chunk chicken breast that I bought from Costco four months ago. When I became tired of Waldorf salad with sliced Fuji or Gala apples and chicken, I turned to something Thai-inspired. That sounds way better then poverty-necessitated.  Don’t worry! We are all in the same mess.

So here is something that can stink up the office microwave for your lunch:

Add the fully-cooked chicken chunks and onions in a large saute pan with the vegetable oil. Fry items together. Add curry powder to the oil and pour in the rice. Add the pineapple. Make sure burner is on high and you have a spatula handy to stir-fry the rice and meat mixture. For vegans, you can substitute the protein with tofu. If you are vegetarian but eat eggs and fish, you can use scrambled eggs but I do not recommend fish for this recipe. Pour the stewed tomatoes and soy. Combine. Cover with a lid and let it simmer until the sauce becomes absorbed by the rice and the rice becomes an attractive curry yellow-orange. Approx. 15 minutes

Serves 3 people
Estimated cost of ingredients: $13 with canned chicken, $11 with eggs, or $15 with tofu
Caution: This is not for those on a low-carb or low-sodium diet