How do you know when a new skill has become part of you? When you dream about your creative project, literally. Before I fell asleep I was thinking of new tips and tricks to beat reflections from interviewees’ glasses, exhibit containment glass and metallic objects in B-roll.
If a writer thinks of stand up comedy as the daredevil version of what he/she does, then adding motion, sound and lighting challenges to a video essay is the translation of the same skill from web to screen. My confessional posts as your embedded Editor-in-Chief, hide nothing. I am stoked!

Video Credit: SGL Media Producer Renee Marchol Women 2.0 SF Meeting
Sure, I’ve produced video for corporate events but I’ve also slogged through muddy pens at farms and captured rivers otters making mischief on the set! Each video presentation is a story. Each story is a narrative with humor. Each narrative reveals soul of the interviewee.

Photo Credit: Anonymous fellow Philz Coffee-drinker of Producer Renee Marchol in Pacifica Ebike brainstorming
I’m looking forward to capturing the soul of Windy the VW bus and her friend John Gachina who hosts her the family garage this July.

Meanwhile, I am listening to entrepreneur pitches and brainstorming alongside their board of likeable smartasses how to entertain viewers on Kickstarter, IndieGoGo, GoFundMe and StayClassy for artist and advocacy via video essay with entertainment value. How do you feel about startups that move you to tears of laughter? Right? Me, too! Comment below for your production crew’s fave refreshments for a 5 hour shoot.

40-under-40 A-Lister KPMG’s Shivani Sopory is one of the founders of Women 2.0 Meetings. Did you know that besides being a auditing badass and emerging technology practices pioneer that she bakes wedding cakes for her girlfriends. Yes, way! SGL Media got the scoop and forkful of red velvet cake.
Video Credit: SGL Media Producer Renee Marchol Spotlight on Shivani Sopory
Thanks for the Letters to the Editor about your DIY Digital Shorts. Our staff loves them. Did you know you can post YouTube video responses to us now?
It’s true. Just select a relevant video clip, that you’ve created and heavily edited to 30 seconds. Then hit comment and reply by video response to one of our humorous tutorials on our YouTube Channel and channel partners. Note: One such channel partner, this season, is YouTube’s McZoomin. Our Editor-in-Chief is currently being mentored by Douglas Kreitz. Yes, that Douglas Kreitz. And we are sponsoring Faces of Courage by Mark Tuschman crowdfunding this summer.
Catch you later! 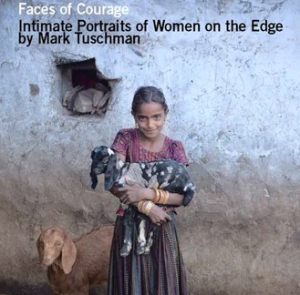