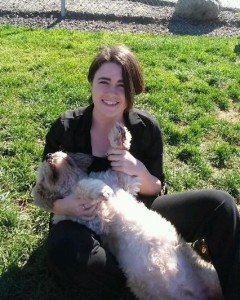 For SGL’s 2015 educational report on youth development, our journalists asked a panel of youth mentors about their motivation, objective, and methods for influencing the next generation. This youth development report presents a variety of political, religious and philosophical views that represent our readership and the community this Winter 2015.

SmartyGirl Tabora volunteers for a private Protestant nonprofit serving homeless youth and their mothers. When did her participation begin?  November 2010. The catalyst? A children’s indoor winter carnival that provided entertainment, gifts, and winter coats. At the carnival, Tabora was assigned to help the other booth participants, including monitoring the bounce house. She returned home with the surprise of pre-chewed gum on the seat of her pants, and an invite from the nonprofit’s organizer to create a program to show Christ’s love through curriculum to homeless teens. Materials given? None. Previous lesson plans? Again, none. Freedom to design curriculum tailored to a small group of teens she’d teach for four years? Yep.

Our educational report seeks to present ways singles can also nurture the next generation as community-minded “neighborhood aunts and neighborhood uncles” .

Much like the other youth club leaders featured in this educational report, Tabora’s challenge included educating and retaining youth participants, keeping operating costs low, and committing to continuing education for herself as facilitator of content.

Tabora acknowledges that there is a generalization that women use their free time to nurture plants, animals and human relationships. Tabora’s gender-identity as a woman might be a factor. However, Tabora’s identification as a follower of Jesus is her motivation. She jokes that she isn’t trying to deny her teen club the deliciously satisfying fun of chocolate, ice cream (homemade), and Hot Cheetos but Tabora strives to make the measure of success for her after dinner weeknight club more than subjective happiness. She continues to clarify by saying that her late mother set the example: the  template for teaching is modeled by God in the Bible. Tabora’s mother made Bible reading aloud to her daughter, several times a week, a priority. The radio and tv would be turned off and Tabora was allowed to play quietly before bedtime as her mom read a chapter or two of the Bible aloud. If not before bedtime, then during breakfast. Tabora’s mom explained that she believed strongly that she would not be obeying God as a Christian parent if she did not introduce her child to Jesus through scripture. Though the mom would not be responsible for Tabora’s choices later in life, her mom believed that she was responsible to inform her child what the Bible says. So metrics for success? The duty of the teacher is done as long as the information was presented. The outcome?  Up to students’ free will.

Make, Global Girl Media and Black Girls Code have forged an alliance to mentor coder and broadcasting youth at the Girls Media after school club in San Francisco. 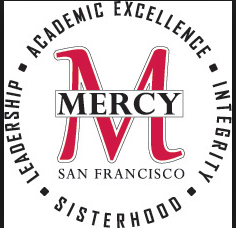 Dressed in a fashionable dress shirt and blue-gray tie, SmartyFella Matthew answered FAQ via webcast earlier this week on Wednesday. The Girls Media Club is one month old and will launch its school news program shortly. The broadcast will be a closed system for peer-to-peer news at the school. Select programs, in the future, might be shared with the larger community in a later YouTube channel. Takeaways for mentors in technology and social justice?

See below for our paraphrase of Matthew’s reply.

How will you equip youth to handle hecklers and troll comments?

Participants include those who are from underrepresented groups in technology and broadcasting. Acknowledging the marginalization of such youth and the lack of gender equity in technology, moves the conversation forward to closing that gap. Being straightforward with the young girls will help them be more resilient when they encounter pushback such as hecklers in person or troll comments from the internet.

What type of software do you use?

We have been teaching Scratch coding and look forward to introducing the youth to other programming languages.

We will focus on our specific school related news and our hope is to cover reports in the community such as green initiatives (i.e. eco sustainability). We’ll go from there.

What type of resources do you use for teaching?

Our partnership with Make, Global Girls Media and Black Girls Code is valuable because these organizations provide the people-power for mentorship.

What is the goal? How do you measure success?

Our leadership has two goals. We hope to develop technical skills in these youth so that they can be competitive in careers that once had a glass ceiling. Secondly, we would like to see these young women be recruited for work at these partner organizations upon graduation or choose college majors that have a gender disparity such as technology and broadcasting.

Success is measured by how happy each participant is in learning the skills that will give her more choices for higher-paying careers in fields where women and people of color are underrepresented.

As a SmartyFella reader or SmartyGirl youth curriculum developer, you might wonder how to gather resources and co-mentors if you don’t have partnerships like Matthew Evearitt described. Visit our Video Interview with Curriculum Developers at Radical Brownies for how SmartyGirls Anayvette Martinez and Marilyn Hollinquest meet their youth club needs. To wrap up this panel’s input, SmartyGirl Tabora also shared how she financed the textbooks for her Teen Bible Study. First, she acquired eight paperback bible translations over her years as an adult for $5 or less a piece. Then, when she needed hardback bibles with an easier to understand translation than the King James Version, she shopped around and compared buying in bulk prices. Finally, she cold-called a church office, after she heard the church was replacing its 100+ hardback pew bibles. Tabby proposed that she’d be willing to purchase a few used hardback bibles for her class. To her pleasant surprise, the church authorized enough copies for her Teen Bible Study students as a gift.

Special Thanks to Our Winter 2015 Panel of Youth Mentors

Matthew Evearitt teamed up with SGL for Black Girls Code at UC Berkeley in 2014. Follow him on Twitter @MatthewEvs1

Anayvette Martinez and Marilyn Hollinquest are birthday twins and superheroes of hospitality for patio tea. They also nurture the Radical Brownies of Oakland.

Please share your How To stories for Youth Development Winter 2015 below.