5 Secrets of Being a Great Gamer Spouse

Hello and greetings from me, Topher, and my wife and Bethany! It’s our pleasure to once again be guest bloggers for SGL. You might remember our last guest blog, 5 Secrets of Being a Great Gamer Boyfriend: A Guest Blog Post by SmartyFella & His SmartyGirlfriend. Since then a lot has happened and believe it or not, we tied the knot! So you might be thinking do things change now that you’re married? Do the same rules and secrets still apply? Well yes! The same secrets still apply but this time we’re going to share how they apply to being married. As your relationship grows and evolves, so does how you approach and handle things. Let’s get the ball rolling! 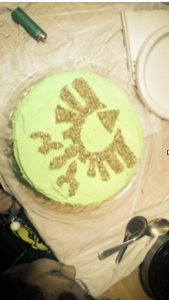 A little goes such a long way. What does this mean exactly and no, I’m not talking about Charmin Toilet paper where less is more. I’m talking about the little things we think that aren’t a big deal. Now as a gamer, I completely know what it means to be caught up in a part of a game where you’re glued to the screen or where you’re just having so much fun you’ll pretty much ask for five more minutes whether your wife is calling you for dinner or the house is burning down (let’s hope not!). And for all you out there that play games that don’t have a pause button or pause function (e.g. League of Legends, World of Warcraft, some kind of online rank game, etc.), I know how tough it is to pull away from those games. So what does this have to do with the little things going such a long way? Instead of asking for those five minutes to finish your game or to get to a more convenient point to stop for a bit, stopping right then and there says so much more to your wife. It’s not always the task that they want done but the fact that you put something down that they know you love to do something for them. This says so much more. Yeah you might die in the game, you might lose some points or have to start the level over but those things are tiny compared to impressing your wife and showing her she is more important than winning. But once she knows that she comes first, she’ll be right there doing whatever she can to help you win and get the high score. 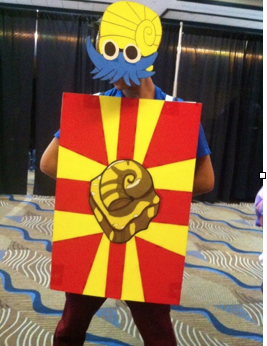 Gaming can be very complicated. There are so many different genres and sub-genres of games that to someone who isn’t familiar with gaming could be completely lost. Bethany isn’t clueless when it comes to gaming and can tell anyone that my favorite games series are The Legend of Zelda and Final Fantasy but that’s probably as far as it goes and that means so much to me. I love that she tries to be interested every once in a while and will ask me questions here and there but one thing you should never do is make it a requirement that they know as much as you do about what you love. I’ll never know clothes, make-up and jewelry like she does and I for one hope she never expects me to know but I can time to time figure out what she likes and get her something based off of that. Don’t force your hobby on her and expect her to change. 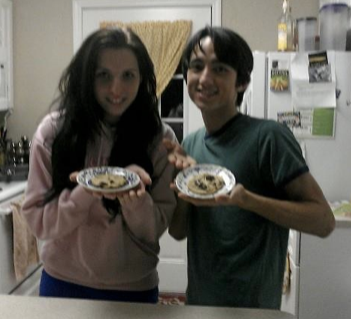 Gaming posters have got to go. Now this might not apply to everyone but if you’re a hardcore gamer like me who loves displaying posters of all my favorite games and you’re wife… well… isn’t, you’ll know where I’m coming from.  It was cool having all your posters up in your college dorm or your own place but now that you’re married, some things have got to change and sacrifices need to be made. Some things mean more to Bethany than they do me and one of those things is how the house if decorated. Long story short, I get the hang up posters in the guest/game room and she gets the rest of the house. Now you might be thinking that I got the bum deal in all this but honestly I didn’t. She gets to be happy and decorate the entire house as she likes and I get one room? That sounds awesome to me. She’s happy and I’m happy that I only have to decorate one room and that she’s happy. That’s a win-win situation in my book. Remember fellas, you want to make your wife happy. You love games but you love her more. 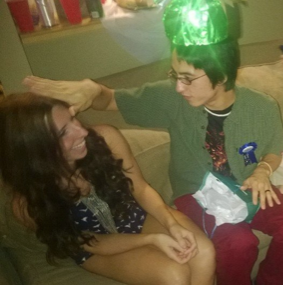 Late night gaming cannot happen every night. Like a lot of you out there, I work 40+ hours a week and she does too. And this one took me quite a bit of time getting used to. Before I ever got married, what I did at night was up to me and up to me only. If I wanted to stay up all night catching up on that giant list of games I have yet to beat than I was free to do so. I’m sorry to inform you fellas, once you’re married, that do as I please at night thing is gone. Now I’m not saying she owns you and gets to tell you what to do, I’m saying you need to think of her now. So this is how I worked this out with Bethany and it works out great! We try to plan out the week ahead of time. Not to the extreme where every minute of the day is scheduled but mostly just big things that are going on like work schedules, date night and guys, you’ll like this one, nights you’d like to stay up playing video games. If you plan it ahead of time, she won’t feel neglected and you won’t feel bad that she’s sad that she wanted to cuddle and you wanted to beat that part of the game you were thinking about all day at work. Some women just like to know that you’re next to them at night and they fall asleep easier this way. Don’t feel like she’s just trying to give you a bedtime. Plan those nights so it’s no surprise but also plan to go to bed when she does.

Photo: Topher and Bethany being ourselves

This one might sound familiar but it’s probably the most important. BE YOURSELF! She chose you. Bethany once said she was never going to date or end up with a gamer and years later she just happened to meet and marry me. Gaming is important to me but I’d give it up in a second for her and never look back. You know they’re the one when you can give up your hobbies and passions for her. But back on topic, be you. Be the nerd gamer that rants for ten minutes during the car ride about this awesome play you made in your game and she has no idea what you’re talking about. Be the passionate and enthusiastic gamer that lights up when you learn your favorite series are releasing a new title within the next two years. It those things that your wife loves to see. It’s those things that make her want to endure going in to a game store to find out what that game is that you want so she can personally surprise you with it. Guys, it’s also the same thing for you when you see her light up about her favorite things. 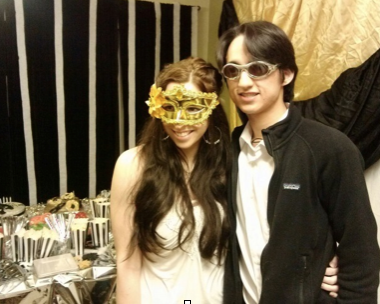 Whether you’re a gamer guy, girl, or you’re passionate about anything. These rules apply. Taking the time to know, love and care for each other is what will get you from one day to the next. We’re not the same person we were ten years ago, a year ago, a week ago or even yesterday. We are constantly changing and will be changing even ten years from now. You learn to love that special someone over and over again every single day. And like they told me on our wedding day, for better or for worse, in sickness or in health, till death do us part, I will love her. I hope you enjoyed this! Take care and Happy Holidays!

In Barbara Mouser’s book, Five Aspects of Woman, she poses several radical ideas. I will address one that is a peacemaking concept that can mend the divide of single career women, working moms, childless wives, and stay-at-home moms. This is my Valentine’s Day letter to my Sisters. What is this divide? The controversy over whether […]