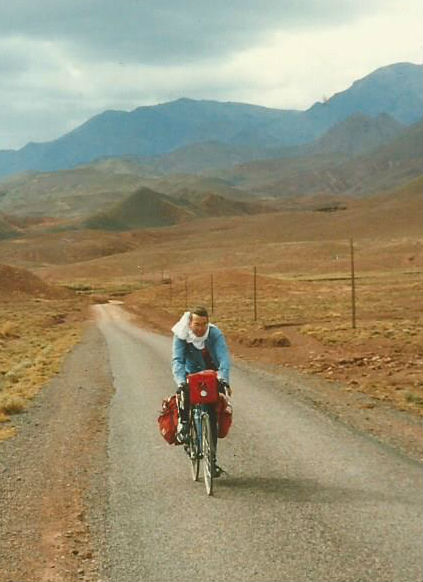 Pedaling Nowhere Writer Logan Watt’s article “Bikepacking Morocco” is just one of the signs that bike touring in Morocco is becoming more popular with cyclists. What if you retraced the steps of your favorite writers on a travel adventure too? SmartyFella Michael Zack did just that. Here’s his story.

There is something that we want to find, some experience calling us, when we set-out to travel.  From the first step confidence as to what that is diminishes, and it not far down the road that we’re reminded again that it’s the journey, not the destination, that leaves a lasting impression.

In the spring of 1995 I boxed my touring bicycle in San Francisco and re-assembled it in the Casablanca Airport, and rode out of the airport, past people working in the fields who smiled and waved. I learned two things quickly: to defend myself from less welcoming dogs with the help of my tire-pump and to carry some stones. Marrakesh was to be my home for five months and I ended up riding over the High Atlas Mountains with my invincible friend Rob Bregoff. We were just beginning a five year domestic affair. We made it to the mountain pass and to Zagora “the door to the Sahara”, but we, like so many other couples, couldn’t make it past Y2K.

I first went to Morocco in 1991 to find the American writer Paul Bowles. Leaving the Joe Orton Diaries incriminatingly underneath my childhood bed, I landed by boat in Tangier and checked into the waterfront youth hostel. Two days later I had given up any hope that I would summon the courage to ask around to find Paul Bowles, occupied in my head with what I would actually say to Paul Bowles should I meet him (I had nothing really to say), and questioning “what on earth he would have to say to me? The whole literary world comes knocking at his door”.  Instead, I humbly went forward to Marrakech to see for myself some of the North African life I experience in Paul Bowles novels The Sheltering Sky, Let it Come Down and The Spider’s House, and most evocatively found in his short stories.

I never did meet Paul Bowles, but this past spring I spent two months sleeping in my parent’s Michigan basement, reading everything on my Mother’s bookshelf and on “Michael’s table” where she keeps all the books I’ve given her because my Mother is determined that my legacy will include the return of every gift I’ve given her. 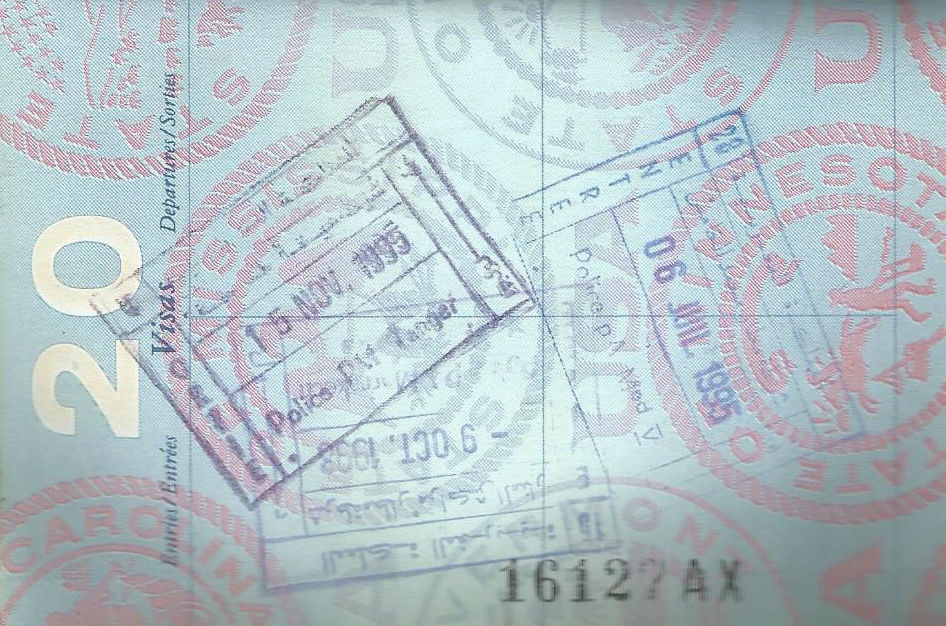 Upon reading the premise of the thick hardcover on the torn dust-jacket with the picture of the Amalfi Coast, I was hooked.  Paul travelled by land and sea around the coast of the Mediterranean, from one of the Pillars in Southern Spain to the other in Morocco, a journey that would take him through Europe, Asia and Africa.  Hooked, because in the autumn of 1995 Rob Bregoff and I had an unforgettable lunch of really giant prawns at a table positioned on a little carved out spot on the Pillar, just above the crashing surf of the Atlantic.

When Rob landed in Tangier for our bicycle journey to the Sahara, I waited for him in my room with a view of the harbor in the Continental Hotel, a Moorish palace where Bernardo Bertolucci filmed some of The Sheltering Sky.  I didn’t know what boat he would arrive on, so I arrived a couple days early, and Rob was a couple days late, leaving me a long time to watch the ferries come and go, and lay around the empty ornate hotel lobby rooms thinking about Bernardo Bertolucci, and strolling The Kasbah and all over the slightly menacing city. Rob arrived, and before we took the night train to Marrakech we rode over to newly late Malcolm Forbes’ frothy abode – with all the glamour of a Hollywood set – now Forbes’ Toy Soldier Museum, undoubtedly a tax-exempt charity run by his heirs.  Peddling West, from this not so subtle re-imagining of Christian domination over the Islamic world, we came to the Pillars of Hercules, and those jumbo shrimp.

Would Paul get there?  Would he order the shrimp?  So, I read through the 500 pages as Paul weaved his way around the political hot spots of the region. And he finally does get to Tangier. Not as I had imagined, by way of Algeria, but back across the Straights of Gibraltar, from where he began, arriving on a ferry boat, just like we all did.

The magical moment for me is when he goes and looks up Paul Bowles. Paul meets Paul; “I know your books” Bowles greets him and invites him in, and recounts again, for the record, that it was Gertrude Stein in 1931 who suggested he go to Tangier, for the boys, and the tax-free cigarettes, and it was he alone who could stand the place (for very long), so he stayed.

As the audience waned, they smoked some hand rolled cigarettes of The Rifs finest, floated away into their own worlds, and Theroux end up walking the alleys of The Kasbah until he stumbles upon writer Mohammed Choukri who Paul Bowels translated into English and “introduced to the world”, and got published his novel For Bread Alone.  Mohammed was a little drunk, a little surly, and basically summed-up Bowles as patrician, and cheap, “In twenty-one years he has not bought me even one cup of coffee”.

I didn’t do it, but someone else did,, and wrote about it.  And if my Mom hadn’t given me the book, sold me on it really, I would not have ended this journey so comfortably, in the comfort of my bed (with it’s perfect reading lamp), in the interior of Brazil. Thanks Mom! 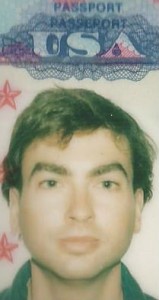 Michael Zack is a writer currently in South America. Renee and Michael became friends on an asphalt basketball court in grad school. Renee believes Michael and his layups are invincible.